Brooke Marks-Swanson speaks of her obsessions and observations through a universal language of textile and metal wearable art. She received her MFA in Metals from the University of Illinois, Champaign-Urbana, Illinois, and a BFA in Jewelry Design and Metalsmithing from Indiana University, Bloomington, Indiana. Her works have been exhibited nationally and internationally in over 130 juried and invitational exhibitions. Most recently her work has been included internationally in exhibitions in Canada, Greece, Spain, France and China. Marks-Swanson work has been included in 20 publications including the notable Metalsmith Magazine “Exhibition in Print” 2009, 2014, 2016, 2017. Three Lark Book Publications: 500 Plates and Chargers, The Craft of Silversmithing, and The Art of Enameling. Her work will be included in a forthcoming book, Loaded: Guns in Contemporary Art, author Suzanne Ramljak. Her first solo exhibition titled, “Baskets: Increase/Decrease”, was held at Velvet da Vinci, San Francisco, California, 2016. Marks-Swanson spoke at SOFA Chicago 2016, on a panel titled: FIBER ART IN THREE DIMENSIONS: A History and Discussion of Fiber Art Off The Wall. She was the recipient of the Indiana Arts Commission, Individual Artist Program Grant and was a participant in the XXX International Ceramics Symposium, “Porcelain Another Way”, Walbrzych, Poland, 2006. Her work can be found in the Muzeum w Walbrzychu, Walbrzych, Poland, The Sparta Teapot Museum of Craft and Design, Sparta, North Carolina, The Museum of Contemporary Craft, Portland, Oregon., and Espace Solidor, Place du Château, Cagnes-sur-mer, France. Her most recent exhibition “Topiary Circus” presents work in response to living during the CORONA-19 pandemic with her interest in topiary at Galerie Noel Guyomarc’h opening November 2020. She resides in the Midwest with her husband, 2 children, and their beloved Labrador, Emmylou. 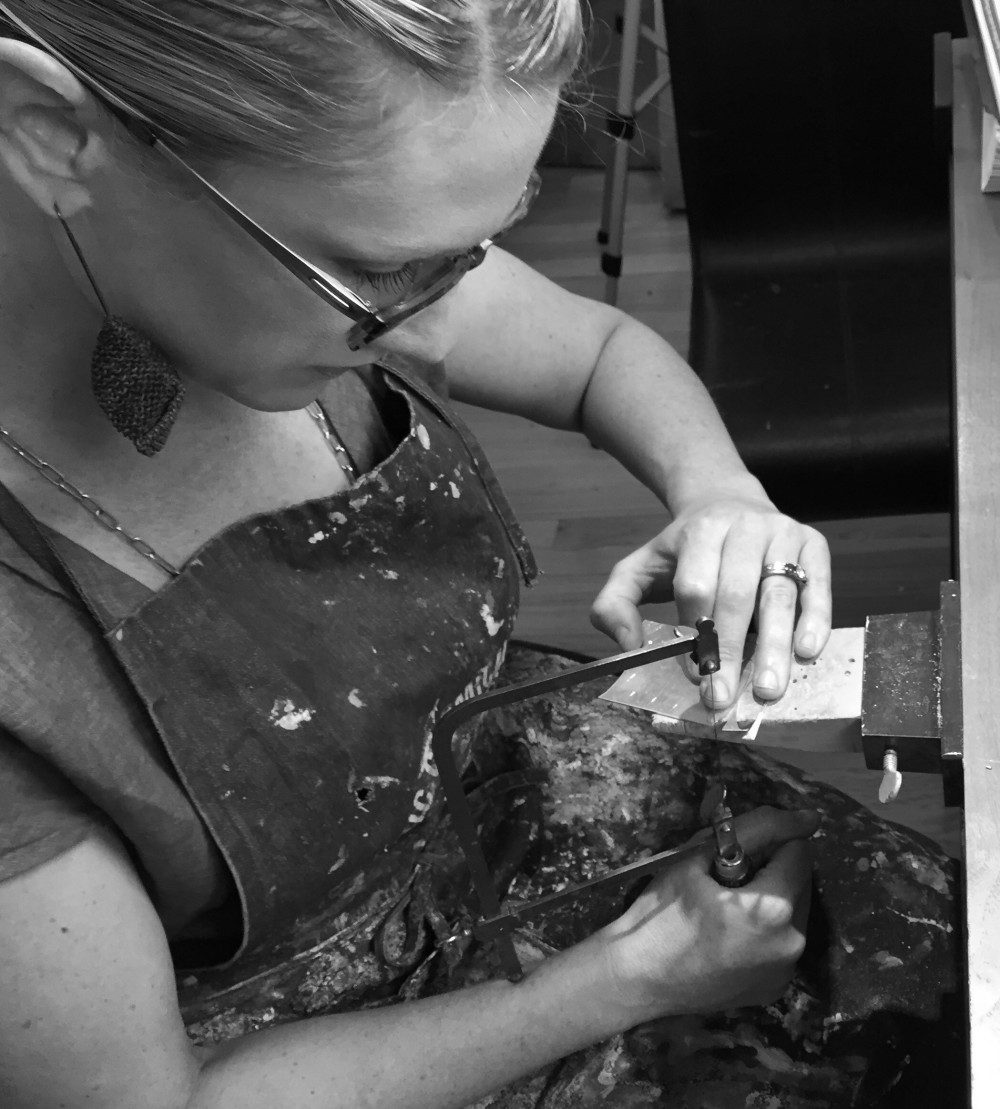